Knowing if you are infected with the human immunodeficiency virus (HIV), the virus that causes acquired immunodeficiency syndrome (AIDS), is the first step in getting medical care and other needed services. The length of time between infection and the start of symptoms can be as long as 10 years or more.

There are two important reasons to get tested if you think you may have been exposed to HIV. If you are infected, you can get early medical care so that you can stay healthy for a long time, and you can learn how to prevent spreading the infection to others.

Who should be tested? 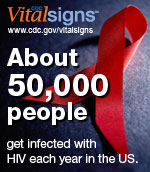 In April 2013, the U.S. Preventive Services Task Force (USPSTF) recommended that clinicians routinely test people ages 15 to 65 years for HIV infection. Younger adolescents and older adults who are at increased risk should also be screened. They also recommend testing all pregnant women for HIV, including those who present in labor whose HIV status is unknown.  One in seven people in the United States who have HIV do not know they are infected so this broad recommendation is meant to identify those who may be HIV-infected, but do not yet know their status. Early detection can help an HIV-positive person find services and reduce HIV transmission.

Testing and counseling for early diagnosis of HIV infection are especially recommended for the following people:

If you answer yes to any of the following questions, you should definitely get an HIV test:

Why does the CDC (U.S. Centers for Disease Control and Prevention) recommend pregnant women be tested for HIV?

Testing is recommended because there are treatments for the HIV-infected pregnant woman that greatly reduce the chance of passing HIV on to her infant before and during birth. Remember, you could be infected with HIV and not be aware.

Why should a person who has a sexually transmitted infection (STI) be tested for HIV?

A person with an STD has a much greater chance of becoming infected or transmitting HIV, because he or she is having unprotected sex with a partner who also had unprotected sex. See Sexually Transmitted Infection Services.

When and how often should I be tested for HIV?

Anyone at high risk for HIV should be tested at least annually. People considered at high risk for HIV include injection-drug users and their sex partners, persons who exchange sex for money or drugs, sex partners of HIV-infected persons, men who have sex with men (MSM) and heterosexual persons who themselves or whose sex partners have had more than one sex partner since their most recent HIV test may benefit from more frequent testing (e.g., every 3 to 6 months). Anyone who had unprotected sex or shared needles should be tested. If you are worried that you might be infected, you can be tested at any time. Ideally before starting a new sexual relationship, both persons should be tested for HIV. But testing should never take the place of prevention.

Where can I get tested for HIV?

The Department of Health has free and confidential HIV testing at several sites in Anne Arundel County. Call 410-222-7108 to schedule an appointment at a time and location convenient for you. Although appointments are not necessary, they are recommended.
See HIV Testing Sites

What HIV tests are available?

The tests commonly used to detect HIV infection look for antibodies produced by your body to fight HIV-1 and HIV-2 viruses. The Department of Health provides two types of HIV tests:

Blood Draw (Results in two weeks)
If you have your blood drawn to test for HIV, a small amount of blood is collected by inserting a needle into a vein in your arm. The blood is then sent to a laboratory to determine if HIV-1 or HIV-2 antibodies are detected.

Fingerstick (Clearview® COMPLETE HIV 1/2) (Results in 20 minutes)
The Clearview COMPLETE HIV 1/2 Antibody Test is used to test a drop of your blood for HIV antibodies. One drop of blood is collected by gently pricking the end of your finger with the fingerstick lancet. The droplet of blood is then put into the Clearview Vial for 20 minutes to run the test to determine if HIV-1 or HIV-2 antibodies are detected. If the test results are positive (called a preliminary positive) for HIV antibodies, then a confirmatory test is done by drawing blood.

How accurate are HIV test results?

What if I test positive for HIV?

If you test positive for HIV, early medical treatment and a healthy lifestyle can help you stay well, delay the onset of AIDS and prevent or treat some life-threatening conditions. If you are HIV-positive, call the Department of Health’s HIV/AIDS program at 410-222-7108 and ask for assistance regarding services available in the County for HIV-positive individuals. If you are uninsured or underinsured, a case manager can meet with you confidentially to help you plan and get the services you need, including medical treatment.
HIV/AIDS Case Management Services

Maryland HIV Reporting Law
On April 24, 2007, Governor Martin O’Malley signed into law The Maryland HIV Reporting Act of 2007 (House Bill 1270), requiring health care providers and laboratories to report cases of HIV infection by name to the local health department. House Bill 1270 ensures compliance with federal law and meets the conditions that are set forth by the Centers for Disease Control and Prevention for prevention services and for the care and treatment of individuals with HIV/AIDS. For more information, call HIV/AIDS Services at 410-222-7108 or speak with your private health care provider. Reporting Form for Medical Providers

No. Your HIV test results reveal only your HIV status. It is possible that your partner is infected but has not yet transmitted the infection to you.

How do I interpret HIV test results?

The best way to interpret the test is through an HIV/AIDS counselor or trained health care provider. The counselor can provide emotional support and information.

If you learn you are HIV-positive, the counselor can explain where to get help and the treatment options, discuss ways to keep you healthy longer and methods to avoid spreading HIV to others.

If you learn you are HIV-negative, an HIV/AIDS counselor can help you learn skills to avoid future infection. If you are negative but at risk, you may need to be retested on a regular basis.